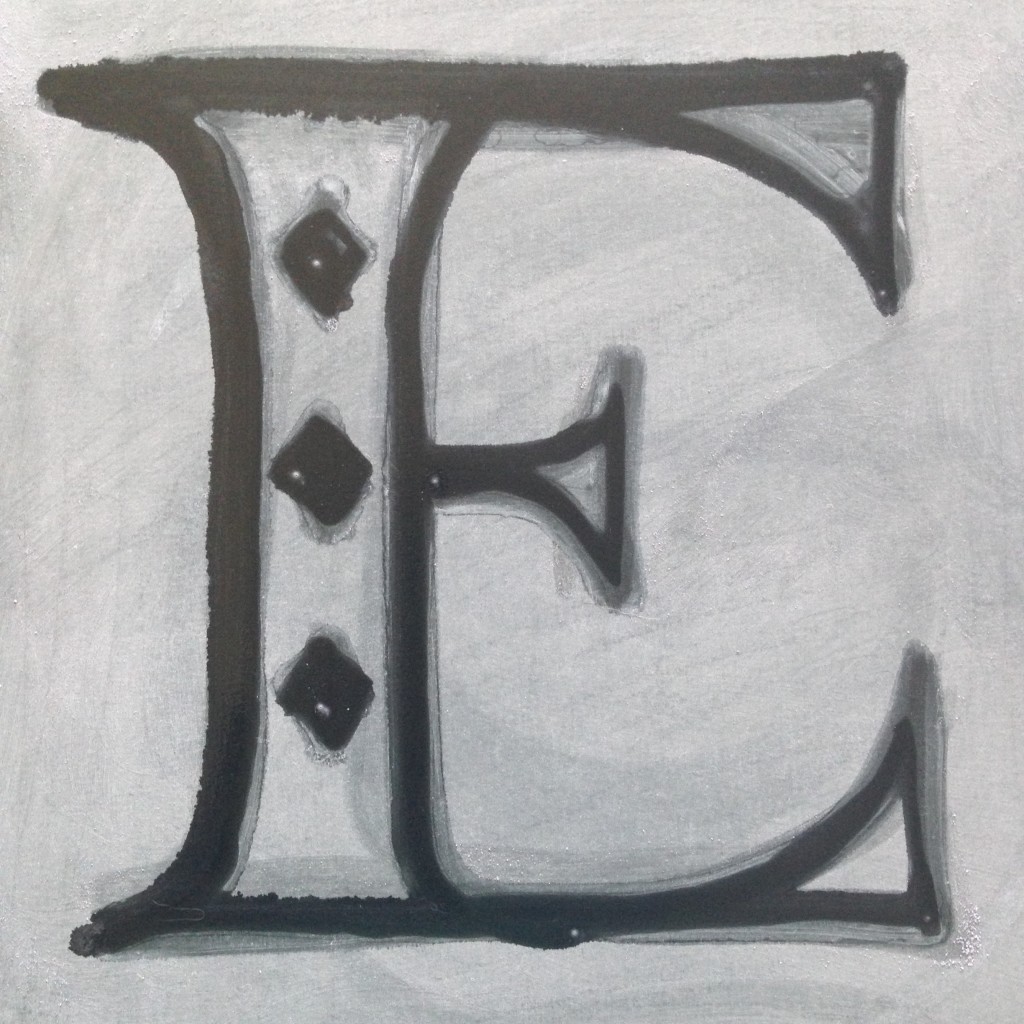 Coming up with a concept for the letter E was anything but easy. Mitch had a bit of a creative block so we delayed by one week, which ended up working out well since I had to focus on my final calligraphy project.

For me, inspiration hit when I realized that erase starts with an “e,” and I wondered how I could show erasure creatively. I thought of using eraser shavings, but I realized that it would be even better to use a chalkboard. I put chalk over the entire board and used a wet Q-tip to erase the letter e into it. The chalk dried over again leaving a somewhat ghostly line that was quite unattractive. To remedy the situation, I dipped the Q-tip into soapy water and tried again. It gave me more time to take my photograph, but I still had to work quickly. I think it turned out quite nicely, and I look forward to the letter f.

As always, you can check out all of the entire alphabet challenge on Storify.