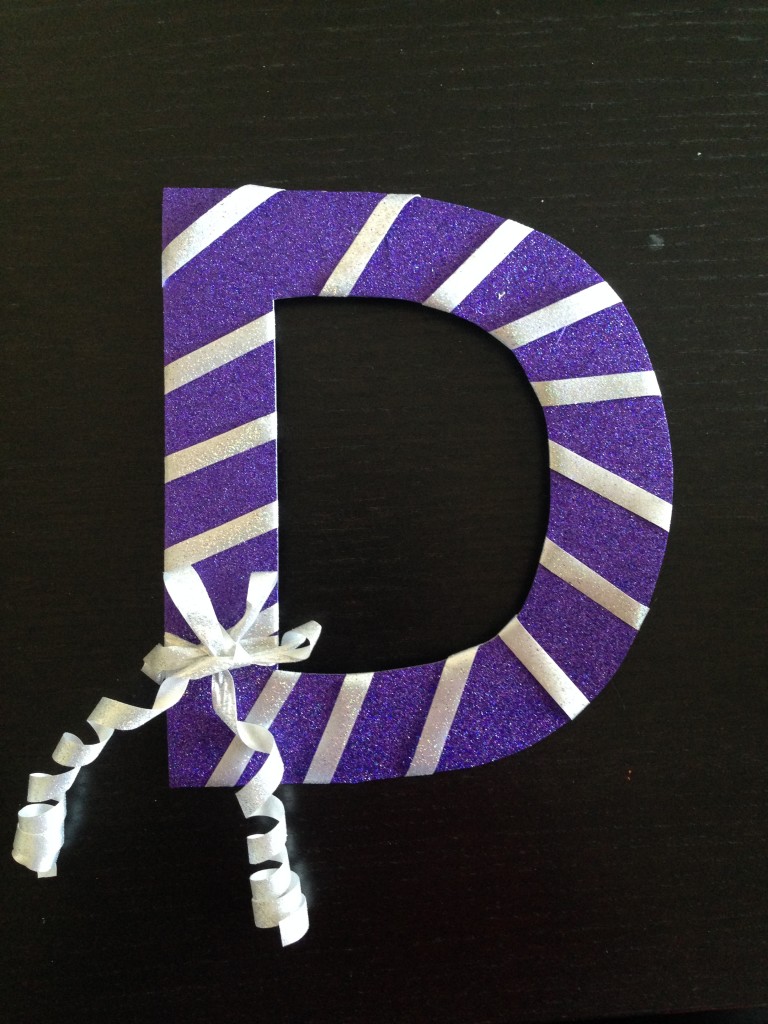 The letter D is the first one I’ve been a bit disappointed with. It is not due to the outcome, I think dazzle was a fun idea. The issue I faced with this letter is that the original concept I wanted to follow was making the letter D look like a disco ball. However, the time limit and my busy schedule made it impossible.

There are no progress photos this time. I didn’t feel that a huge explanation was necessary. I used a glittery gift bag to give the letter D some dazzle without the mess of loose glitter. Then, I wrapped ribbon around the D in diagonals. It’s a simple idea that would’ve been a lot more exciting if I could have made a disco D. You can check out Mitch’s de“light”ful, screenprinted letter D on Twitter.

I mentioned this last week, but there is a storify with all of the letters if you want to see them in one place. This letter was delayed one day in terms of posting due to the holiday weekend. The letter E will be ready on Sunday, so check #myletterhalf to see what Mitch and I come up with.